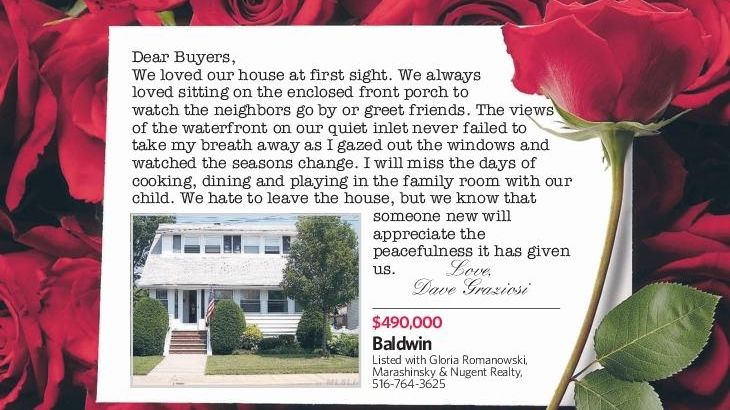 San Jose: It has become a very common practice to send letters with personal stories to hopeful buyers. These types of letters are known as love letters in the real estate industry. It creates an emotional bias to sell the home affecting the emotion.

According to the Alene Ipsaro of San Jose, an incident like this affected her deeply. She stated that it was her childhood home and she returned there 15 years ago. She felt the place her home again.

But as her children were studying in college and she needed some money, she felt tempted by the red-hot attraction of the real estate market. She took a rush decision to sell her house. The process went very faster and took only five days.

According to her, the realtor she met was very wise and showed her the monetary gain very appealingly. The gradual encouragement of the realtor showed them only the merits of the deal with a strong financial goal which kept them focused on the decision.

Michael Verdone, a Redwood City realtor, states that buyers feel tempted to write about their family life including wives and kids but this type of approach may go against them in the end. Because the letters may pose legal risks.

Verdon says that as a realtor he has concerns about discrimination regarding race and religion. Because, if a buyer writes a letter such as he wishes to see his kids running down the stairs on a Christmas morning and sends his family picture with the letter, it may reveal his racial, religious or familial status. If the seller refuses to sell to that specific buyer with such type of identities, it may violate the Fair Housing Act.

Statistics show that convincing a buyer with the family stories may lead to a tough sell.

President of the California Association of Realtors, Dave Walsh says that Santa Clara County is a competitive place to buy a house, and raising unconscious bias will not be a very great work.

But he also affirms that things are changing now as realtors are not sending love letters like before. If he had 10 offers, among them seven would keep the cover letters explaining the personal life of the buyers.

Mahmud Sir is a Professional English Teacher in Khulna, Bangladesh. He teaches the English Language and Grammar to the students of English Medium, HSC, University Admission, and Job Examination in his offline academic English Batches in Sonadanga, Khulna. He also has an effective English Speaking and Writing Course online. Learn from the best English teacher in Bangladesh.
Contact: MahmudSir4English@gmail.com (+88 01952 885 421)